Could Paul Depodesta Be Out After Jimmy Haslam Assembles His Next Football Organization? 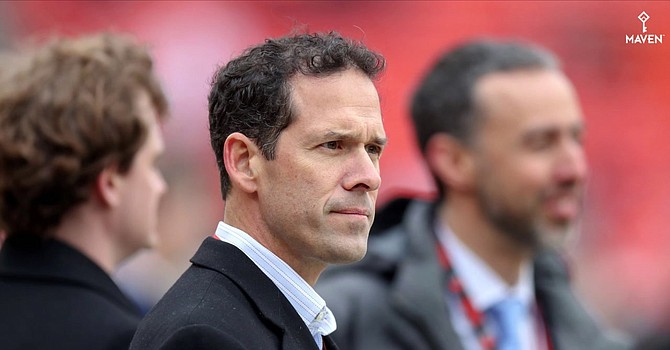 Could Paul DePodesta be out after Jimmy Haslam assembles his next football organization?

The tidbit by ESPN’s Adam Schefter that DePodesta’s contract expires this week might be interpreted by some that a new deal for DePodesta would be tied to the new realignment of the Browns’ organization.

The theory is that DePodesta would spearhead the search for a head coach and general manager and align everyone under the recommitment to analytics-based decision-making -- and all the key officers would be signed to new contracts.

On the surface, that would seem about right.

But there are some sources who believe that the leak of DePodesta’s uncertain contract status was a signal by owner Jimmy Haslam to Josh McDaniels that he would be willing to pitch DePodesta overboard to seal a deal as Browns coach.

This falls in line with previous speculation by other sources that McDaniels would turn down the Browns’ job with DePodesta in a position of influence with Haslam.

Said a source familiar with Haslam’s thinking, “I do think if they are going to keep Paul – and I still think it’s an if – in a senior position, then they ought to find someone who’s going to work real well with him, both a GM and a coach.

“If they fall in love with [McDaniels] and he says I will come but this guy’s got to be in this role or have this authority … then I think there’s probably a subsequent conversation with Paul and a decision for Jimmy.

“Hopefully, they have all that taken care of before they get through the process so they don’t wind up in an ugly situation, and I think Paul’s smart enough to work through all of that. But I know Jimmy, and if people get in his ear, his mind can be changed.”

2.With the hiring pool fairly the same among the four team openings – Cleveland, Carolina, Dallas and Giants – there could be a musical chairs finish to this hiring season. The last one standing could be the one left for the Browns.

And it may be that Matt Rhule’s destination will be the key.

Rhule, who has declined the Browns’ invitation, is clearly the favorite of the Giants.

If Rhule goes to the Giants, McDaniels and Mike McCarthy would vie for the Cowboys.

The “loser” of the Cowboys’ job would join Kevin Stefanski as top candidates in Carolina.

The “loser” in Carolina then would be available for the Browns, along with Brian Daboll, Eric Bieniemy and Robert Saleh.

To avoid this situation, Haslam might be inclined to give McDaniels what he wants, and that could mean DePodesta’s departure.

3.If the Browns do get aced out of their top three candidates – McDaniels, McCarthy, Stefanski – would they turn to other candidates?

Remember Haslam’s non-denial of interest in Urban Meyer: “Right now, we are just focusing on people with NFL experience.”

Well, maybe it wasn’t just the college game that Haslam was hinting at with his “right now” comment.

According to two sources, the Browns have had conversation about a young Canadian Football League coach named Ryan Dinwiddie.

Dinwiddie just last month was named head coach of the CFL Toronto Argonauts after four seasons as quarterbacks coach with the Calgary Stampeders.

Dinwiddie, 39, played quarterback at Boise State and spent a couple seasons on the Chicago Bears practice squad before finishing his playing career in the CFL.

The conversation about Dinwiddie has not reached the point of inviting him to an interview, according to the source.

“Sometimes you interview guys out of curiosity,” said the source. “I don’t think Jimmy would let them do something like that. But he is open-minded.”