As Browns Coaching Decision Draws Near, They Launch Gm Interviews In Search Of Perfect Harmony 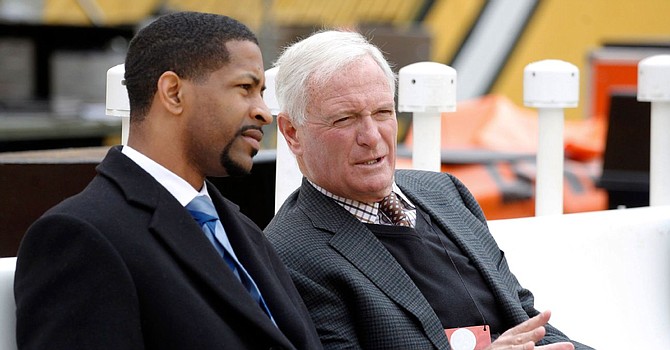 As Browns Coaching Decision Draws Near, They Launch Gm Interviews In Search Of Perfect Harmony. (ESPN.com)

The Browns were mum on their coaching search on Saturday, but their actions spoke volumes.

Led by Paul DePodesta’s methodical planning, they are laying the groundwork for various front-office teams to mesh with different head coach candidates. This is the apparent strategy for owner Jimmy Haslam to achieve perfect harmony in his realigned football operations department.

And none of the prospective GM candidates meshes with Josh McDaniels. The Canton native’s quest to coach his home-town Browns appears to be fading.

Berry was a part of the DePodesta-Sashi Brown football operations team in 2016-17. He stayed for one year under GM John Dorsey, and then joined the Eagles.

Berry is seen as a GM match with Kevin Stefanski, the Minnesota Vikings offensive coordinator who had a lengthy interview with the Browns coaching search committee in Minneapolis on Thursday. He was DePodesta’s recommendation last year when Haslam sided with Dorsey and named Freddie Kitchens head coach.

By virtue of the Vikings being eliminated by the San Francisco 49ers, 27-10, in an NFL division playoff game on Saturday, the Browns can offer Stefanski the job at any time.

Dodds is seen as a GM match with Robert Saleh, the 49ers defensive coordinator. Dodds worked in the Seattle Seahawks personnel department when Saleh was an assistant coach under coach Pete Carroll.

Saleh is unavailable to the Browns until the 49ers’ season is over.

Schoen is seen as a GM match with Brian Daboll, the Bills offensive coordinator who is still under consideration for head coach by the Browns.

Meanwhile, there have been no reports of the Browns seeking permission to interview GM candidates connected to McDaniels – Patriots GM Nick Caserio or Patriots pro personnel direction Dave Ziegler.

McDaniels was interviewed for about seven hours in the Browns facility on Friday but left without a contract offer.

It is a sign that McDaniels and the Browns disagree on the philosophy or makeup of the personnel department being outlined by DePodesta.

A source said the Browns plan no other coaching interviews.

They could introduce their new coach as soon as Monday – unless their top choice is Saleh.