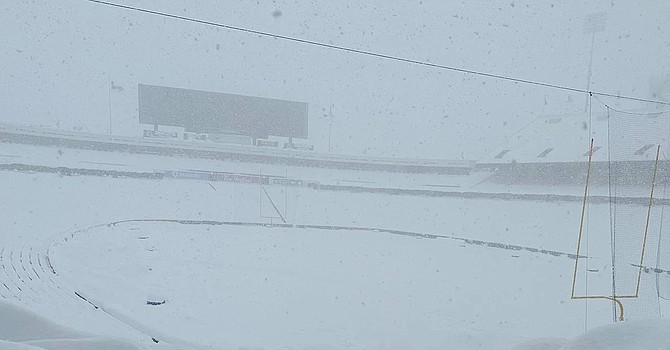 Highmark Stadium in Orchard Park, NY, will be buried under six feet of snow by the time the Browns and Bills kickoff at 1 p.m. Sunday in Detroit's Ford Field. (Buffalo Bills)