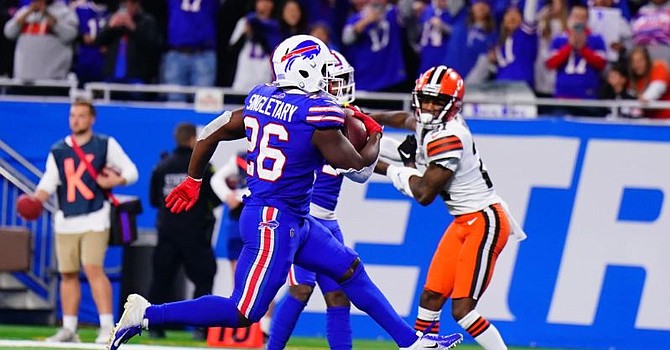 Here's a familiar sight at a Browns game -- an opposing runner walking into the end zone without being touched. (BuffaloBills.com)