Will Kareem Hunt Be The Magical Elixir To All That Ails The Browns? 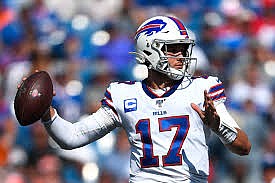 When the Browns signed Kareem Hunt and then learned he would be suspended through the first eight games, it was felt the fresh-legged running back would be a welcome boost in Game 9 to a team in the hunt for a playoff run. As it’s turned out, Hunt is desperately cast in the role of savior to an underperforming offense of a 2-6 team. The level of impact Hunt makes in this game depends on his role. Will he merely replace Dontrell Hilliard as the third-down back? Will he spell feature back Nick Chubb for a few series per half? Or will he join Chubb in an innovative two-back set and give Baker Mayfield additional options to use either in the passing game? “We can’t get too far away from what we have done already up to this point,” cautioned offensive coordinator Todd Monken. “We have not done a lot of that so, again, there are some things you can do and some things you certainly can’t scrap that you do offensively just for one player.” The caveat, of course, is the Browns have done several things this season that few expected. That’s why they’re 2-6, and that’s why Hunt’s role can’t be accurately predicted.

The arrival of Buffalo’s Josh Allen presents the third matchup between Mayfield and a member of the 2018 first-round quarterback draft class. Mayfield is 2-1 in these head-to-head matchups, defeating Sam Darnold and the New York Jets in his breakout game last season (Darnold did not play in this year’s Jets game because of mono), and splitting two meetings against Lamar Jackson and the Baltimore Ravens. Allen, taken eighth overall, is 11-8 in career starts, completing 56.3 percent of his passes for 3,727 yards, 20 touchdowns, 19 interceptions and a passer rating of 74.4. Mayfield, the No. 1 overall pick, is 8-13 as a starter, completing 62 percent with 34 touchdowns, 26 interceptions and an 85.7 rating. The arrow is trending in opposite directions, however. Allen is 6-2 this year and has improved his completion percentage to 60.9, with an 82.9 rating. Mayfield is 2-6 with a 58.7 completion mark and 71.3 rating. This year, Allen is better than Mayfield in fourth-quarter passer rating (113.3 to 40.5), on third downs (95.4 to 62.8), and in the red zone (115.4 to 46.6). Another marked difference between the two second-year quarterbacks is the running aspect of their games. The big-bodied Allen averages 7.6 runs per game and has scored four times. Mayfield runs 1.5 times a game – “Run? I’m a quarterback,” he explained earlier this season – and has one touchdown.

The Browns’ red zone woes have been prevalent all season, and they reached a new low last week in Denver when the offense scored only one touchdown in five trips inside the 20 (and missed another from the 21). That outing sunk the Browns to 25th in this telling category (12 touchdowns in 26 red zone trips, for 46.2 touchdown percentage). What’s more, the Browns have only nine field goals in those trips, meaning they haven’t even come away with points five times in 26 trips. The Bills lead the NFL in red zone efficiency. In 21 trips, they have 15 touchdowns (71.4 percent) and three field goals.

You often hear the phrase, “They’re well-coached” to describe an NFL team. Sometimes, the phrase comes across as faint praise of a losing team with not enough roster talent to challenge for the playoffs. A well-coached team may not always beat a more talented team, but it certainly doesn’t beat itself. And this is what the Bills are. Freddie Kitchens summed up the Bills this way: “They are playing good defense. They run the ball very effectively. They play smart. They play tough. They are physical. Their defense keeps them in every game, and then their offense kind of tries to impose their will on you.” The Bills are tied for 18th with 12 giveaways, and are tied for 13th with 71 total penalties called. The Browns are tied for 28th with 17 giveaways and are 31st with 94 penalties called.