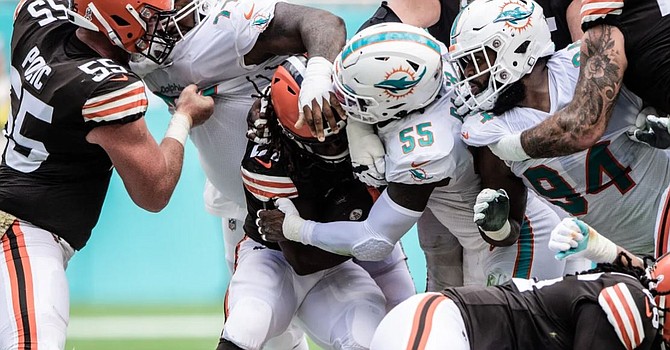 There was no room to run for Nick Chubb or Kareem Hunt as the Dolphins' defense shut down the Browns' ground game. (Miamidolphins.com)