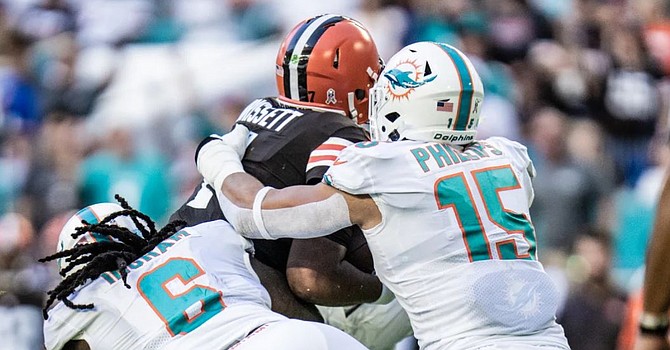 It was a long day for Jacoby Brissett after a perfectly executed opening script. (MiamiDolphins.com)