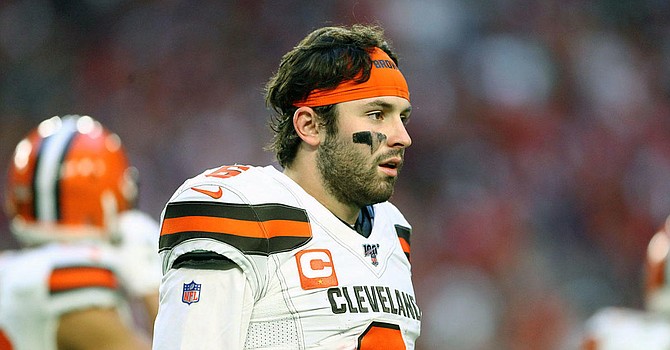 What kind of year will the Browns have?

Take this quiz to establish your expectations.

Following are three statements for 10 position groups, including coaching. Choose the ONE statement you think has the most chance of happening. Each statement has a corresponding point total. At the end of the quiz, your total points will determine the Browns’ record.

1.The line will take well to Bill Callahan’s demanding physical style and will have a command of Kevin Stefanski’s wide zone blocking scheme within the first month of the season. (Three points.)

3.Jedrick Wills’ transition to left tackle takes much longer than anticipated. He starts every game, but his first eight are a struggling experience marked by false starts, holding penalties and inordinate pressure allowed. (One point.)

3.Myles Garrett responds to his controversy-marred 2019 season with 18 sacks and five forced fumbles, and is in the discussion for defensive player of the year. (Three points.)

1.Jarvis Landry and Odell Beckham Jr. are healthy from Game 1 and proceed to motivate each other to 2,000 yards and 15 touchdowns combined. (Three points.)

2.Donovan Peoples-Jones is the best rookie in training camp and beats out Rashard Higgins for the No. 3 receiver role. (Two points.)

3.For the second year in a row, Beckham and Baker Mayfield fail to form a productive chemistry and have frequent misconnections resulting in incompletions and interceptions. (One point.)

1.Other than Mack Wilson, nobody grades out well and the decades-long problem of stopping the run continues. (One point.)

2.Sione Takitaki harnesses all that energy, stops over-running every play and learns to play with discipline. (Two points.)

3.Jacob Phillips is fast enough and good enough as a rookie to convince coordinator Joe Woods to stay with a conventional 4-3 base defense. (Three points.)

1.Baker Mayfield revels in Stefanski’s play-action passing game, averages fewer than 30 pass attempts a game, and has a 3-to-1 touchdown-to-interception ratio. (Three points).

2.Mayfield’s good luck with injuries runs out and Case Keenum is called on to start four games. (Two points.)

2.The light goes on for Williams and he leads the team with six interceptions. (Two points.)

3.Dontrell Hilliard or D’Ernest Johnson start one game. (One point.)

3.Peoples-Jones averages 30 yards on kickoff returns, 12 on punt returns, and takes one to the house. (Three points.)

3.Stephen Carlson beats out Harrison Bryant as the No. 3 tight end. (One point.)

1.Stefanski gives Alex Van Pelt play-calling duties in Game 1, and then changes his mind at bye week. (One point.)

2.Woods settles on a 4-2-5 base defense in the second month with Delpit playing the key role. (Two points.)

3.Confident with Van Pelt as play-caller, Stefanski manages the game as a CEO coach. (Three points.)