A Complement Rusher Opposite Myles Garrett Remains A Browns Need 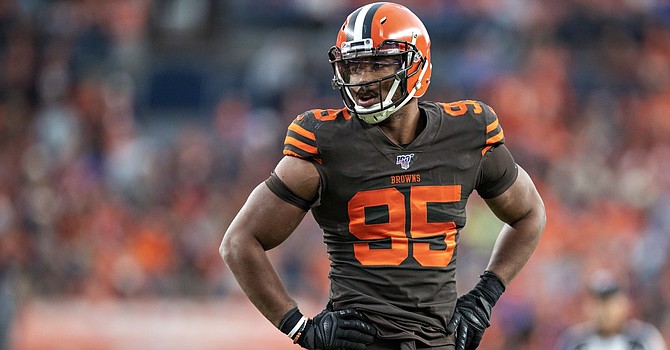 Myles Garrett, who met with NFL reps in New York on Monday, has been training for his return from NFL suspension. (Wesley Hitt/Getty Images)

First in a series.

Starting today, we preview each Browns position group to set up yet another important offseason for the franchise with the longest playoff drought in the NFL.

There are a few business matters to attend to. 1. In the last year of the Giants contract inherited by the Browns, Vernon, 29, appears to be a convenient cap casualty. As of now, his $15.5 million salary cap figure is the highest on the team, but none is guaranteed. 2. Garrett met with NFL Commissioner Roger Goodell in New York on Monday and is expected to be reinstated from NFL suspension prior to the start of Stefanski’s offseason program on April 6. The Browns have to exercise Garrett’s fifth-year option by May 5. The projected figure for that is about $15.3 million, which would be Garrett’s 2021 salary unless he and the Browns agree to a multi-year contract. 3. In the second of his three-year contract, Richardson has $2 million already guaranteed and another $6.5 million on March 20.

Assuming Vernon is not retained, a pass-rush complement to Garrett remains the No. 1 need. Former GM John Dorsey replaced Emmanuel Ogbah with Vernon. Neither filled the bill.