Will The Browns Say Goodbye To Both Joe Schobert And Christian Kirksey? 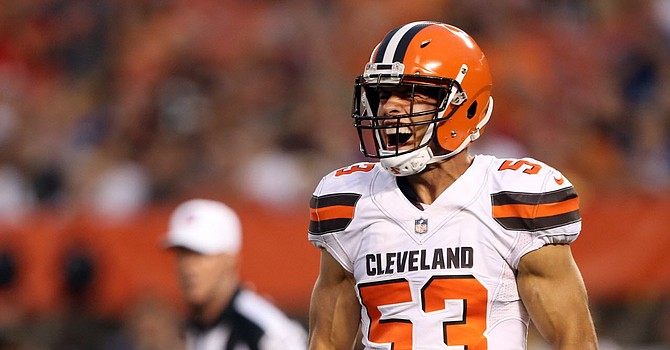 Joe Schobert appears headed to free agency after the Browns balked on a contract extension in 2019. (Cleveland.com)

Second in a series.

We're previewing each Browns position group to set up yet another important offseason for the franchise with the longest playoff drought in the NFL.

The big decisions here are whether the Browns separate from two of the senior members of their defense, Kirksey and Schobert. On the surface, both would appear to benefit from the return to power of GM Andrew Berry. Schobert, a fourth-round pick in 2016, was one of the few draft success stories of the Berry-Sashi Brown regime. He made the Pro Bowl in 2017 and led the Browns with four interceptions in 2019. Still, the club declined to extend his contract before he reached free agency – even though Schobert was receptive to the idea. In the meantime, a less-productive but higher-drafted linebacker, Shaq Thompson of the Carolina Panthers, joined four other inside linebackers in the $54 million-plus contract club. The Browns devalue the position in their defense and are likely to move on from Schobert. Kirksey was a third-round pick of the Ray Farmer regime in 2014. In 2017, he received a second contract for $38 million over four years from the Berry-Brown regime. That deal still ranks Kirksey third among 4-3 outside linebackers in salary at a time he has suffered season-ending injuries in 2018 and 2019. Parting with Kirksey would save the Browns $7.55 million on their salary cap. Perhaps with these looming business decisions in mind, John Dorsey drafted Takitaki and Wilson in 2019. Now Berry has to determine the right course to follow.

Partly due to the veteran tutelage of Schobert, Wilson developed as a legit starter as a rookie while Takitaki was set back by pre-season injury and spent most of his first year on special teams. If Schobert and Kirksey are sent packing, Wilson is the only surefire starter. Like most coordinators, Woods may substitute one linebacker for an extra safety – but there’s a shortage there on the roster, also.