Cupboard Is Surprisingly Bare For Browns At Safety 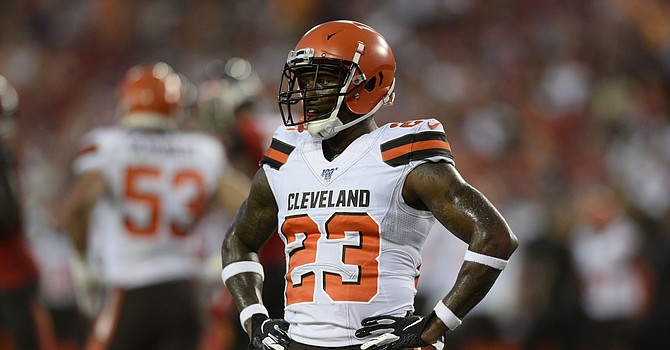 Third in a series.

We're previewing each Browns position group to set up yet another important offseason for the franchise with the longest playoff drought in the NFL.

Not only did he work on the same Minnesota Vikings staff as Kevin Stefanski, Howard entered the organization as assistant to the head coach – the same position Stefanski broke into. Howard served former head coach Leslie Frazier in that role in 2013 while Browns defensive coordinator Joe Woods was secondary coach. Howard graduated to defensive assistant, defensive assistant-linebackers, and then assistant secondary coach. He was given the additional title of pass game coordinator with the Browns by Woods.

John Dorsey sank a lot of resources into this position group, but it is need of replenishment. With three safeties entering free agency and another, Burnett, coming off Achilles tendon surgery in November, the only given at safety is Redwine entering his second season. Ward, Williams and Mitchell are a decent trio at cornerback. Carrie, however, who was the top nickel back in 2019, has reached the danger zone in the third year of his four-year contract. His guarantees are up and his salary cap number of $8.15 million is the highest of the position group and 10th-highest overall on the roster.

You can argue there isn’t a single starting safety on the roster, much less two. Considering the need and the Vikings connections, it wouldn’t be a stretch to expect the Browns to target one of the two Vikings free agent safeties – Harrison Smith or Anthony Harris. Either would be a big-ticket item in free agency, however. Carrie, who broke in as a rookie with the Raiders under Woods, could be retained after agreeing to a lower deal. The back ends of both the cornerback and safety depth charts could be filled in by draft picks and rookie signings.