This Browns Season Has Been About Off-Field Drama And Distractions 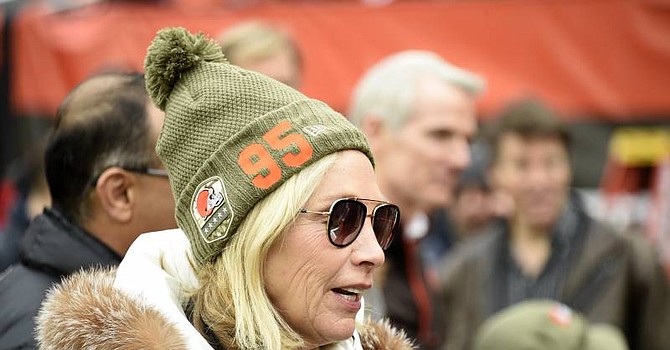 In a season of woefully unmet expectations, conversation about the Browns has centered mostly on events or occurrences that have little to do about winning.

And that’s the problem, of course.

We’ve attempted to tabulate the Tribulations of Terror from the 2019 season. They are listed chronologically from most recent to the unofficial start of the season in April.

Believe it or not, we eliminated several items in the interest of brevity. Plus, there is four weeks yet to go.

5.Dee Haslam’s wearing of a No. 95 winter hat to support Myles Garrett.

6.Odell Beckham Jr.’s allegation that he is tested for performance enhancing drugs more than other players.

7.Suspensions and over $2 million in fines and lost pay for the Nov. 14 melee with the Steelers.

9.Former offensive coordinator Todd Haley’s calling out of Kitchens as the reason for team’s lack of discipline.

10 Garrett’s bopping of Rudolph’s head with his own helmet.

11.Randall’s ejection for a helmet hit on Diontae Johnson.

14.Beckham’s and Jarvis Landry’s mandated removal of painted cleats at halftime in Denver.

15.Mayfield’s shaving of facial hair two times during and after the game in Denver.

20.Landry’s “we’re goin’ to win” declaration prior to Patriots game.

22.Garrett’s sucker punch to the face by a posing autograph-seeker at a downtown Cleveland traffic stop.

23.Beckham’s $14,000-plus fine for wearing football pants too high above the knees.

28.Beckham’s removal from the Jets game for wearing an illegal visor.

30 Chris Smith’s personal tragedy of his fiancée being killed in a roadside accident.

31.Randall’s assertion that players would have demanded trades if former interim coach and defensive coordinator Gregg Williams had been hired as Browns full-time head coach.

35.Mayfield’s roasting of the Giants in a GQ interview for drafting Daniel Jones.

36.Kitchens’ delighting in Browns “not backing down” in several skirmishes with Indianapolis Colts in joint workouts.

37.Beckham’s comment to Sports Illustrated that the Giants sent him to Cleveland “to die.”

38.Former Browns offensive line coach Bob Wylie’s comments that Kitchens was hired as Browns coach because of his relationship with Mayfield and GM John Dorsey’s aversion to a strong coach like Gregg Williams.

40.Beckham’s non-participation in preseason games and most practices.

40.Mayfield’s comments that disgruntled Johnson should be “either on this train or not” after Johnson requested a trade.

41.Beckham’s decision to skip all but the first voluntary OTA workout.