Of Seven Major Quarterback Moves In 2022, None Produced A Winning Record 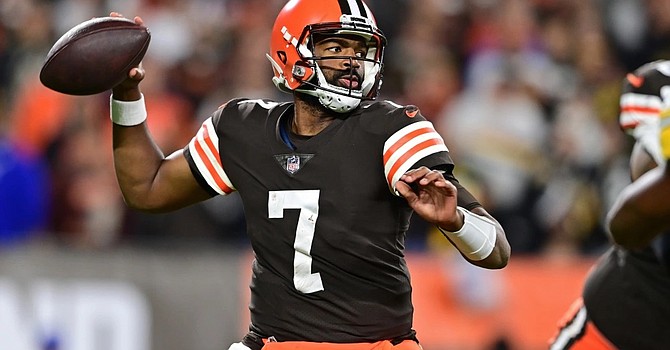 Jacoby Brissett's 4-7 record as Browns starter was among the best of quarterbacks who changed teams in 2022.

Of seven major quarterback moves in 2022, none produced a winning record