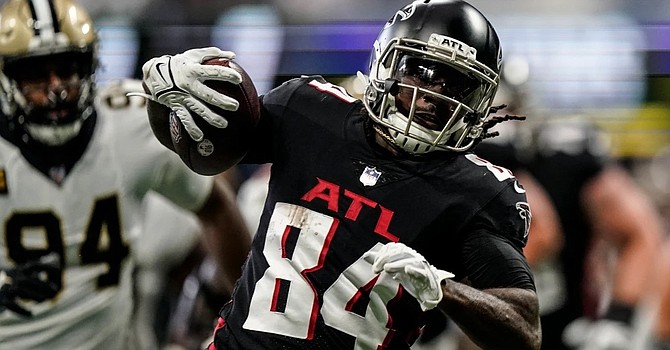 The Falcons have reinvented Cordarrelle Patterson as a running back at the age of 31. He's wearing No. 84 as a full-time back. (USA Today)