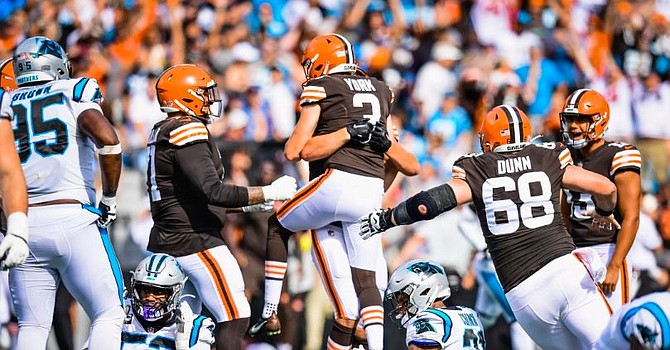 Cade York told offensive teammates 'just get me to the 40.' He made good on that directive in his first NFL game. (Cleveland Browns)


They may have laughed at the brash rookie kicker then. They're not laughing now.