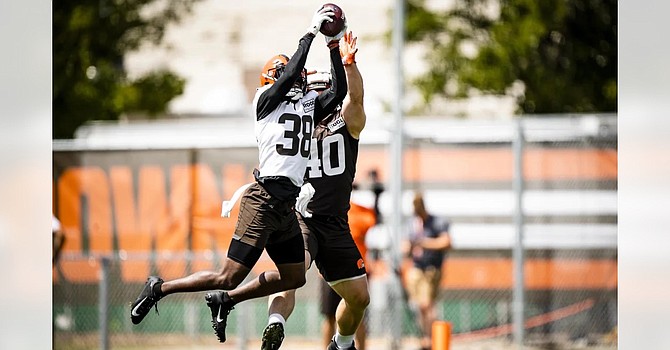 Cornerback A.J. Green, whom defensive coordinator Joe Woods said is 'part of the equation' on the defense, made the first interception of training camp on a ball thrown by Jacoby Brissett. (Cleveland Browns)