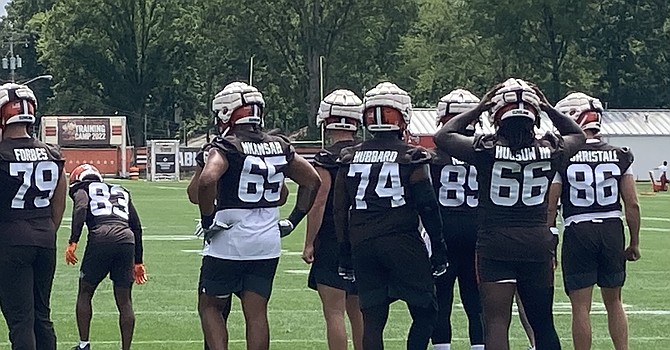 While unstylish, if not downright hideous, the Guardian Caps mandated by the NFL for certain position groups at training camp practice are designed to guard against concussions. (TheLandOnDemand)