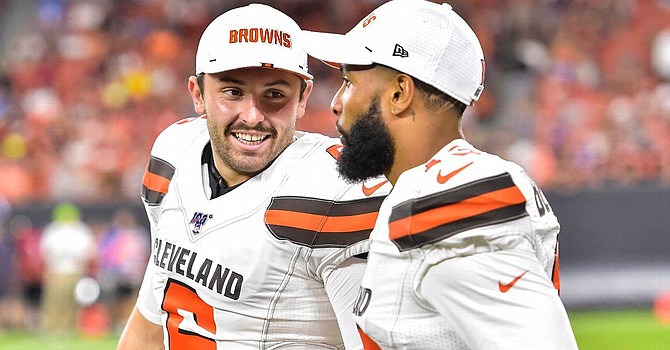 Baker Mayfield's demise had more to do with his falling out with Odell Beckham Jr. than an injury to his left shoulder. (ESPN.com)