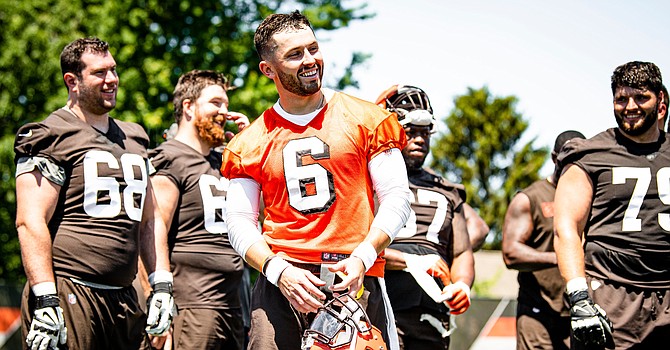 Baker Mayfield was all smiles at Browns minicamp. Why not? He's in line for a mega-contract extension that will be the largest in franchise history. (Cleveland Browns)