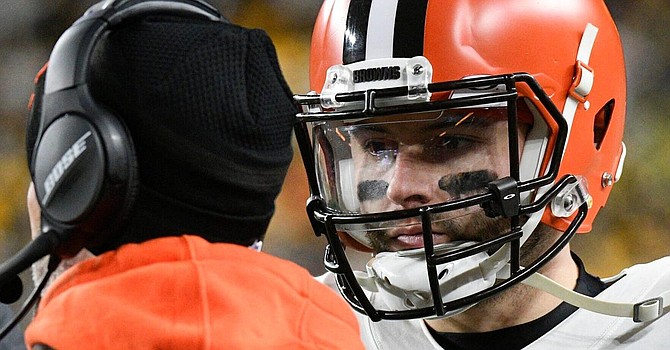 Baker Mayfield shut down his season after a 9-sack night in Pittsburgh against the Steelers. The Browns will schedule surgery on his left shoulder as soon as possible. (Associated Press)