Beaten Down By Three Injuries, Baker Mayfield Doesn’T Practice But Is Expected To Play Sunday 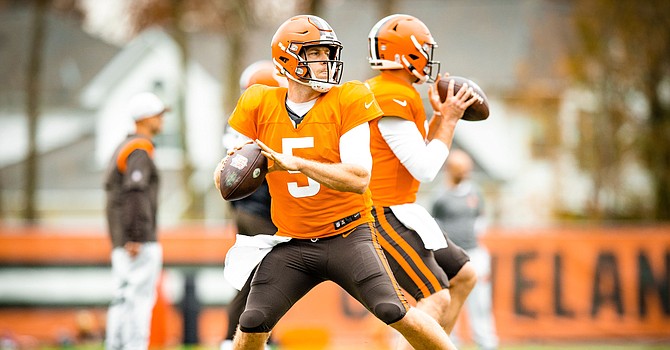 When the Browns practiced on Wednesday, Baker Mayfield was not in the quarterback group as he rested a right knee injury. But Kevin Stefanski said he expects Mayfield to play Sunday. (Cleveland Browns)

Beaten down by three injuries, Baker Mayfield doesn’t practice but is expected to play Sunday