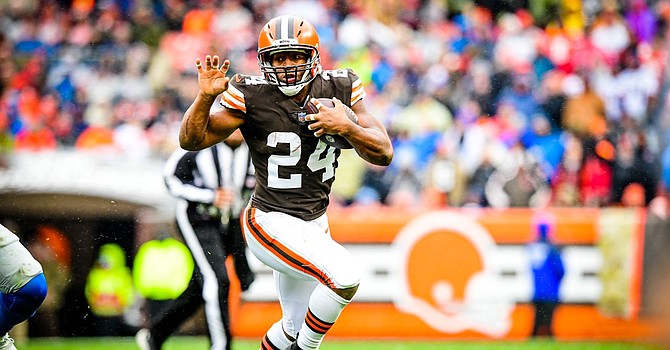 Nick Chubb's return was a welcome sight for the Browns. (Cleveland Browns)

8a. More ugh: The Browns have put a great deal of emphasis on eliminating pre-snap penalties, particularly offsides calls on defensive linemen. Let’s say they need more work on it. In the first half, Malik McDowell, Tommy Togiai and Myles Garrett all jumped offsides.