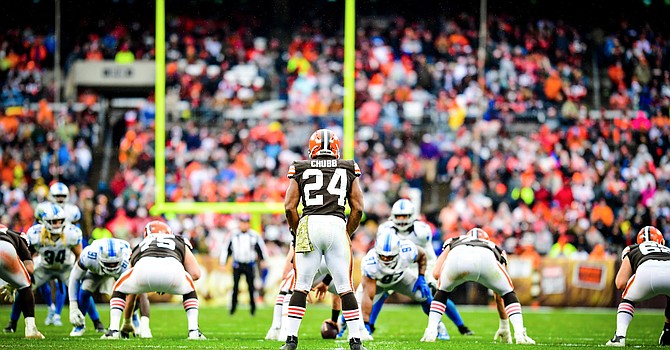 FirstEnergy Stadium was all Nick Chubb's, as he carried the Browns to a win with their passing game less than good again. (Cleveland Browns)