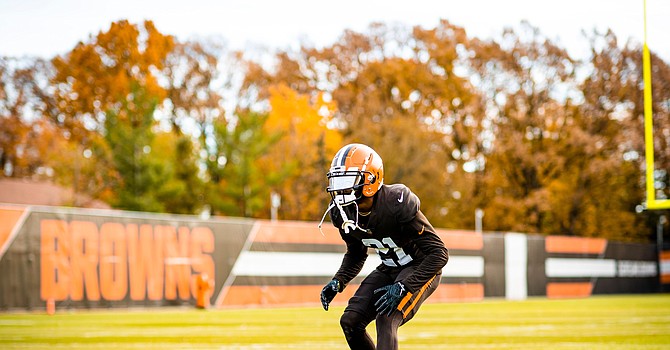 Denzel Ward's 99-yard Pick 6, along with the play of Greg Newsome and others, is earning the trust of defensive coordinator Joe Woods to play more aggressive, press coverage. (Cleveland Browns)