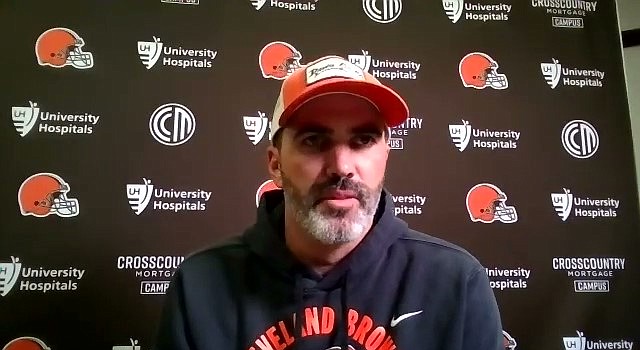 Kevin Stefanski did not stray from his 'We got outcoached' mantra when rehashing the 45-7 defeat to the Patriots. (Cleveland Browns)