Browns Depart To Pittsburgh On Draft Of Good News 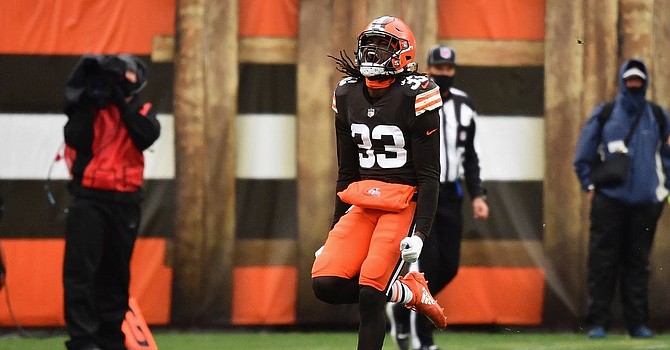 Browns safety Ronnie Harrison's status was changed after multiple negative tests for Covid after initially testing positive on Thursday. He will play in the wild card game on Sunday. (Dawgs By Nature)

After two weeks of setbacks, the Browns received some very good news on Saturday that helps to balance the field against the Pittsburgh Steelers in the AFC wild card game.

Safety Ronnie Harrison was removed from Covid-reserve when the NFL determined his positive test on Thursday for the coronavirus was false. The change was made after Harrison tested negative multiple times after the false positive. He will play Sunday night.

The team was cleared to conduct their final walk-through on Saturday before departing for Pittsburgh later in the afternoon.

Left behind and ineligible to play were cornerback Denzel Ward, cornerback Kevin Johnson, left guard Joel Bitonio and receiver KhaDarel Hodge. A club source said none will be available for Sunday’s game.

Cornerback Terrance Mitchell is still listed as questionable. He did not join the team at Friday's practice because of reasons other than injury. The club did not elaborate.

As for right tackle Jack Conklin, who also missed Friday's practice with an illness, his status remains active, but questionable, for the game.