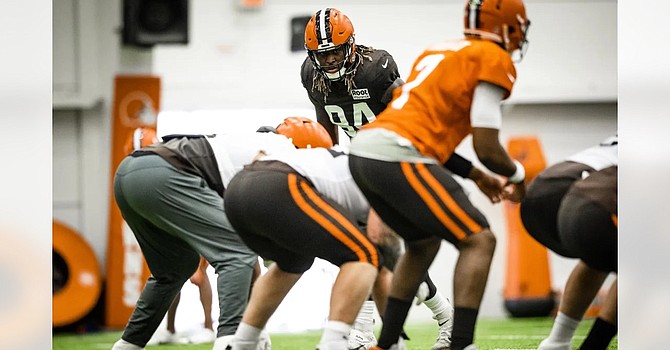 Rookie Alex Wright (No. 94) could make his second consecutive start at left defensive end in place of Jadeveon Clowney. He could be joined by fellow rookie Isaiah Thomas on the right side in place of Myles Garrett. (Cleveland Browns)