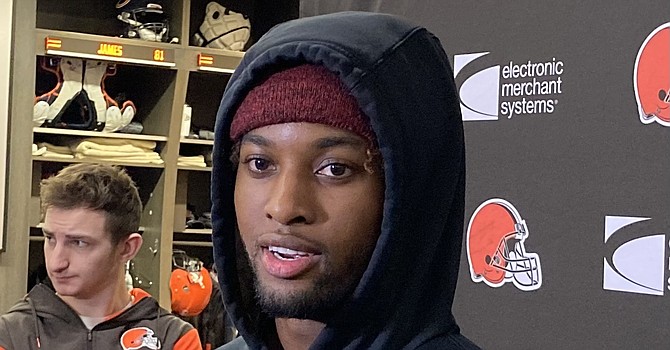 Denzel Ward missed three games with the third concussion of his five-year NFL career. He said he is unconcerned about the long-term effects of the brain injuries. (TheLandOnDemand)