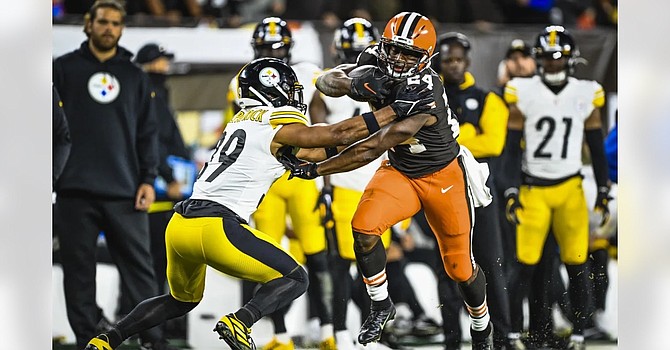 The Steelers knew Nick Chubb would be a big part of the Browns' gameplan and they couldn't stop him. (Cleveland Browns)