Browns Rebound Against Pittsburgh To Claim First In Afc North 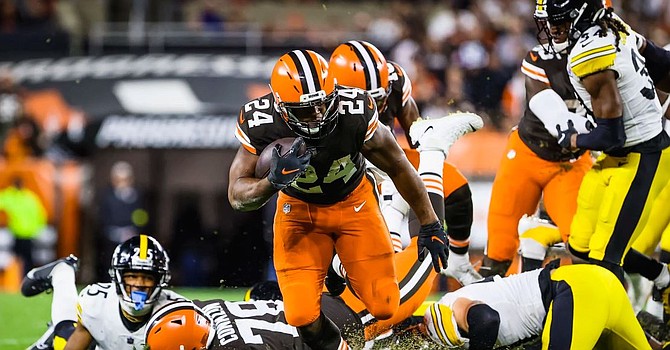 Nick Chubb's second 100-yard game of the season included a 1-yard TD vault to give the Browns a 23-14 lead in the fourth quarter. (Cleveland Browns)

Browns rebound against Pittsburgh to claim first in AFC North