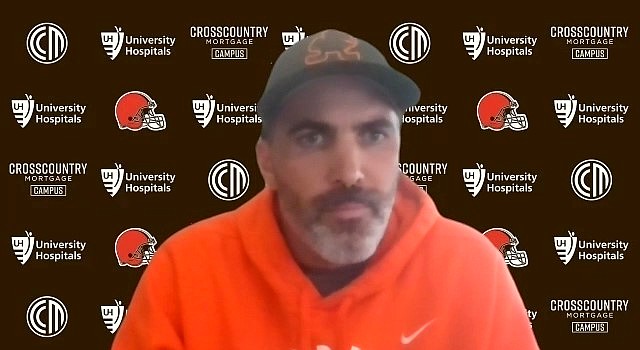 Kevin Stefanski's defense had communications problems, and so did he. (Cleveland Browns)