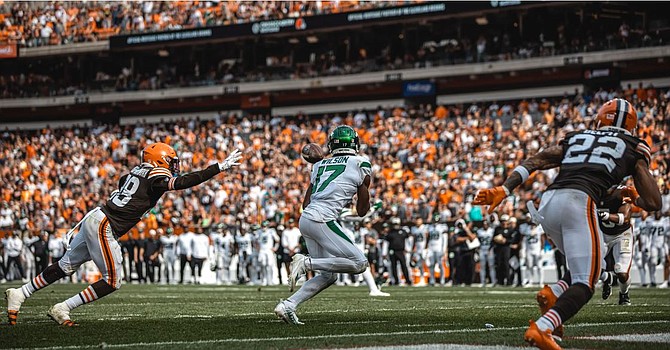 Jets receiver Garrett Wilson came back from an injury in the third quarter to score the winning touchdown in an epic, 31-30 win over the Browns. (Newyorkjets.com)