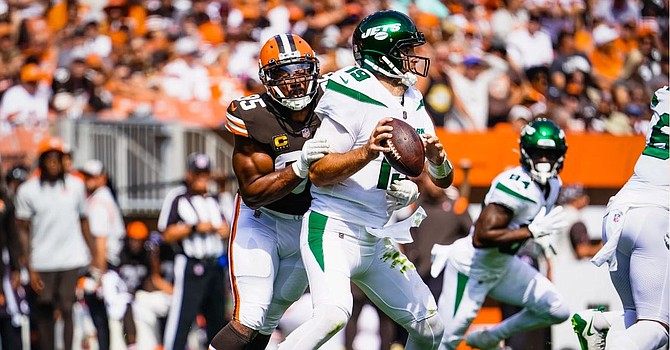 Myles Garrett entered the game with 8 career sacks against the Jets -- most of any active player v. them. He got No. 9 in the first half. (Cleveland Browns)