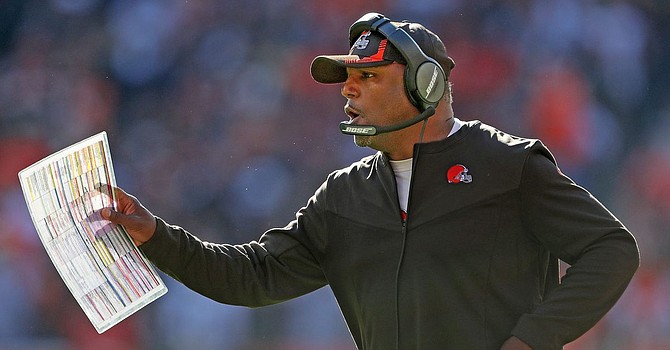 It was a hot and sticky afternoon in Charlotte, NC, for Browns defensive coordinator Joe Woods. (USA Today)