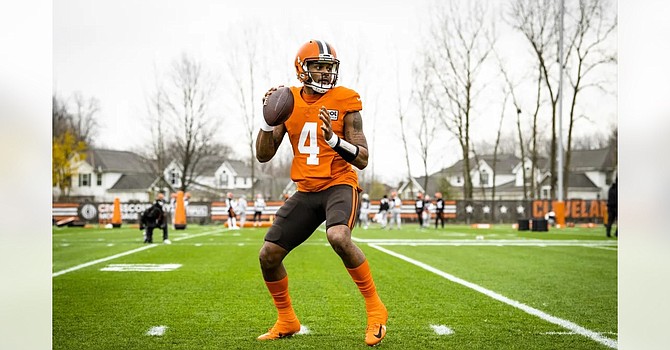 Deshaun Watson's first practice with the Browns during his NFL suspension brought out the camera crews but did not interfere with Jacoby Brissett's preparation for the Bills game, said coach Kevin Stefanski. (Cleveland Browns)