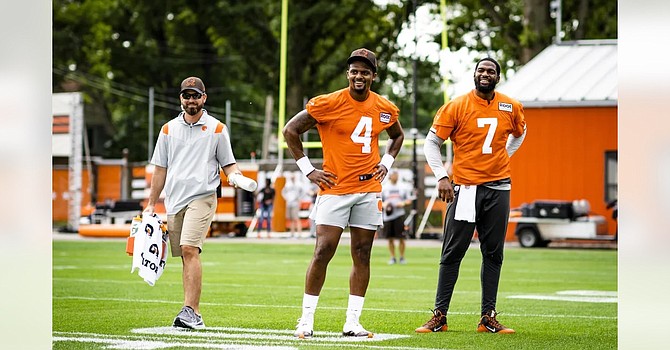 Quarterbacks Deshaun Watson and Jacoby Brissett were all smiles when they reported to training camp this week. Watson's imminent suspension could force Brissett into the starting role for the start of the season. (Cleveland Browns)