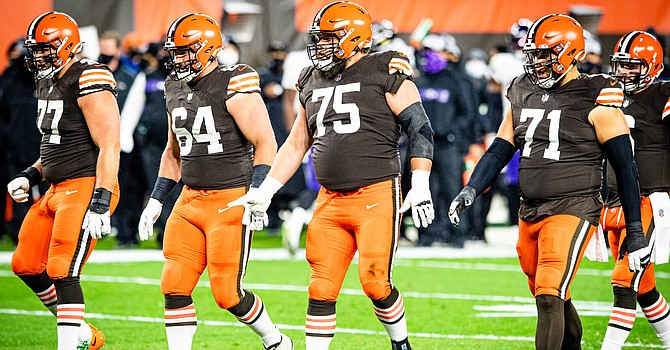 It's hard to argue that the offensive line is not the strongest position group on the Browns' roster. (Cleveland Browns)