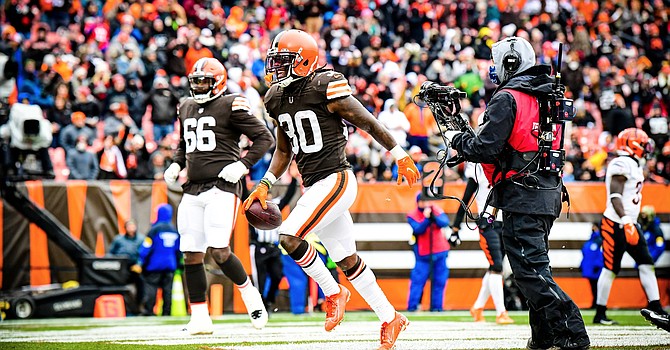 With his second 100-yard rushing game, free agent-to-be D'Ernest Johnson was one of the big winners in the Browns' 21-16 victory over the Bengals. (Cleveland Browns)