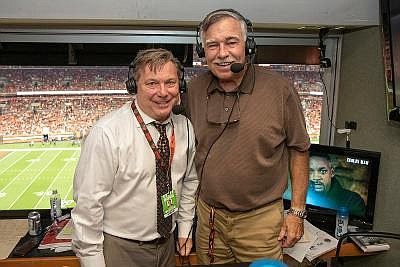 Doug Dieken's retirement will end a 23-year partnership with play-by-play voice Jim Donovan and a run of 51 years with the Browns -- longer than any other person. (Cleveland Browns)