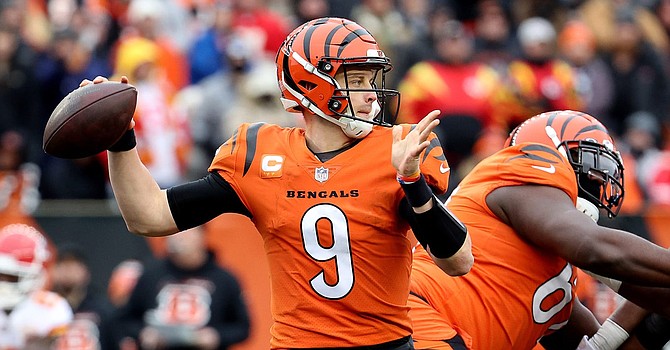 Cincinnati QB Joe Burrow is the new sheriff in the AFC North after leading the Bengals to the division crown in his second season. (Associated Press)