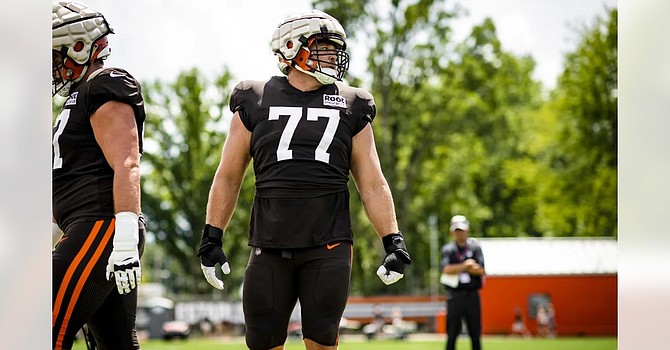 Right guard Wyatt Teller is not worried who plays quarterback for the Browns because of the talented running back room, which he called a 'four-headed monster.' (Cleveland Browns)