Have The Browns Turned Odell Beckham Jr. Into A Run-Blocker And Offensive Decoy? 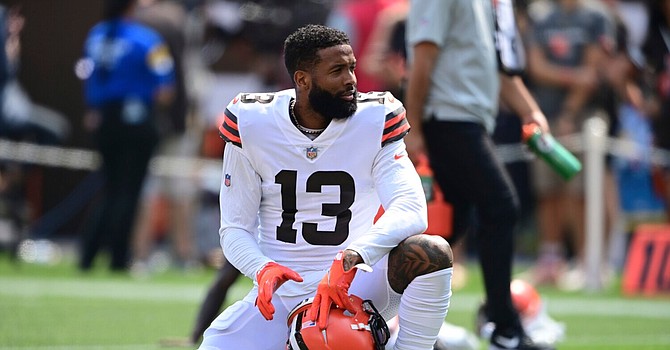 Despite two catches and one drop, the Browns sounded pleased with Odell Beckham Jr.'s limited role in the 42-point game against the Chargers. (Associated Press)

Have the Browns turned Odell Beckham Jr. into a run-blocker and offensive decoy?