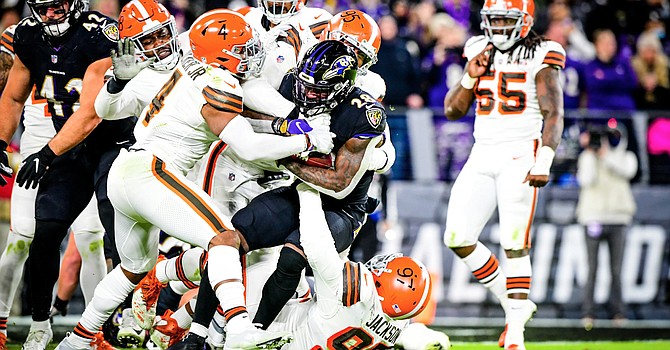 A defensive performance highlighted by four interceptions and limited Lamar Jackson to 165 yards passing and 68 running was wasted by the Browns in a 16-10 loss. (Cleveland Browns)