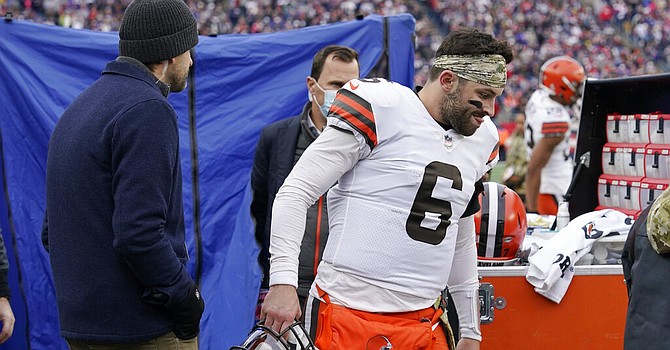 Baker Mayfield's regular trips to the blue medical tent so far has cost him only one game missed, and it looks like it will stay that way on Sunday. (Associated Press)