Browns Mock Draft 5.0: Browns Benefit From A Surprise Fall By A Cornerback 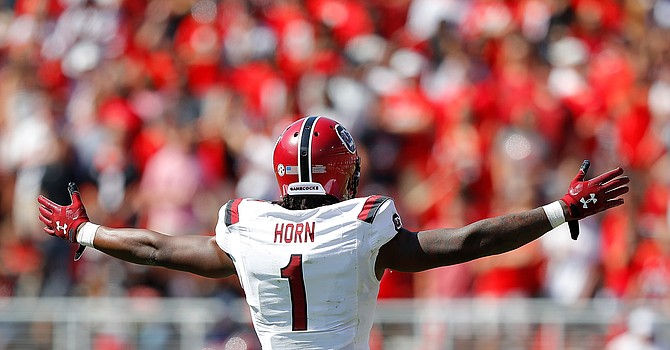 South Carolina's Jaycee Horn is considered the No. 3 cornerback in a good class of cornerbacks. (Getty Images)

You want trades? We got trades.

Mock draft 5.0 marks our first ever with trades. Four trades shake up the top 10. Atlanta traded twice, first down and then up.

The result of three trades in the top four is that quarterbacks were taken one, two, three and four. Carolina, Denver and New England traded up for quarterbacks. And then Atlanta, which dropped down from No. 4 to No. 15, then made a move up to No. 7 for the draft’s best tight end.

Here’s the problem with allowing trades in a mock draft: They’re so much fun that it’s hard to stop.

Starred in high school and then at college only 6 hours away.

Bill Belichick makes an unprecedented trade up (for him) for his quarterback.

Even after trade-down, Dolphins are able to reunite Smith with QB Tua Tagovailoa.

Tough call over a pass rusher.

Long, athletic corner rates as third-best in a good group.