Browns Mock Draft 6.0: Browns Use Extra Picks To Move Up And Select A Cornerback 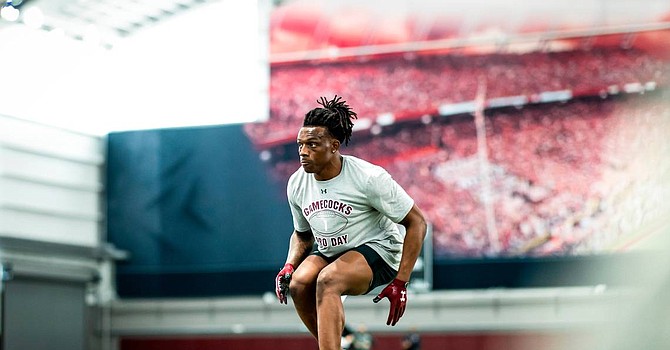 Tall and rangy cornerback Jaycee Horn of South Carolina will not drop to No. 26, so the Browns will have to trade up to get him. (thestate.com)

Our last mock draft was our first foray ever into projecting trades. This one goes a bit further – our first Browns trade in a mock draft!

Yes, conjuring some logical trades was fun. In fact, the very day Mock 5.0 appeared, the Miami Dolphins made a real trade down with San Francisco, and then followed with a trade up with Philadelphia. We had mocked Atlanta doing the exact same thing.

The object of the Browns’ affection is the same player we mocked to them in 5.0 – South Carolina Jaycee Horn. There is no way Horn would last to No. 26; thus, the trade up.

Great care has been taken by the franchise to create a supportive environment for him, starting with Urban Meyer as coach.

Now the hard part: Finding a team to offer something for Sam Darnold, who’s due a fifth-year option and then second contract a year later.

Hard to believe they would trade essentially three No. 1s for either of the other QBs still on the board.

Falcons squeeze further No. 1 from Broncos rather than trade with division-rival Panthers.

Staying pat assures Bengals of one of three on their wish list.

Yo-yo trades from last week – down to 12, then up to six – allow them to still land Tua Tagovailoa’s former teammate, after all.

If they’re building a foundation, they can’t pass up draft’s best offensive tackle.

Unable to move up, they settle for QB5.

Browns can’t resist CB3, and had to overpay for Titans to pass him up.

(Editor's note: An earlier verson of this story inadvertently omitted a player.)