#Heytony: What’S With The Browns’ Fascination Of Jadeveon Clowney? 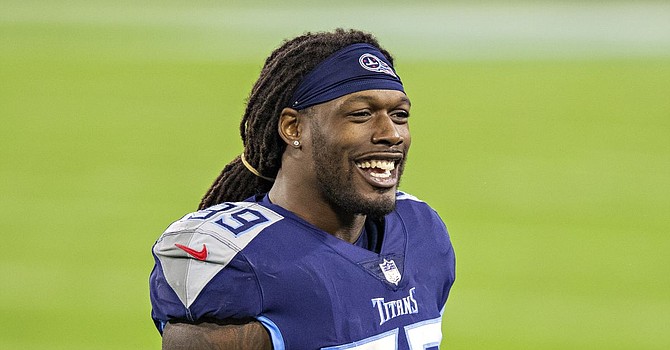 The Browns finally got to visit with Jadeveon Clowney on Wednesday. Now we'll see if they make an offer for the underachieving defensive end. (Getty Images)

Hey Tony: Just saw news Browns are hosting Jadeveon Clowney. Do you see him as a fit? What's the most we should pay him? He stunk last year from what I recall hearing of him in Tennessee. Who'd you rather -- Clowney or a 1st/2nd round rookie DE?

Hey Jake: I don’t get the Browns’ fascination with Clowney. Thirty-two sacks in 83 career games. I know sacks aren’t everything, but let’s be real. He’s missed 29 games in seven years because of injuries and has commanded a lot of money because he was the first overall pick in 2014. His two best years playing opposite J.J. Watt in his prime, Clowney had 18.5 sacks and 42 quarterback hits. In 21 games since, he’s had three sacks and 19 quarterback hits. The analytics people say he’s good against the run. The past two years he was given great opportunities by Seattle and Tennessee and he pretty much let both teams down. He played 57 percent snaps with Seattle and 38 percent with Tennessee while hauling in salaries and bonuses totaling $8 million and $13 million. I wouldn’t get involved.

Hey Tony: I love what the Browns did so far in the offseason, but are Browns fans too optimistic in thinking the defense can be fixed in one offseason or do you think they will need 1 more year to get it to where they need it to be to be a true Super Bowl contender?

Hey Joe: On paper, the improvements on defense are significant. I think we’ll see a different Joe Woods defense, as a result. That said, the Browns will go as far as the offense takes them. And the offense should be better, too, in the second year of the Kevin Stefanski system. To get to the Super Bowl, a team has to be great on one side of the ball and just good on the other.

Hey Tony: Is there a player in the draft the Browns are willing to go get in the first round? Right now my guys are [Jayce] Horn, [Twity] Paye, JOK [Jeremiah Owusu-Koramoah] and [Micah] Parsons. The latter 2 as LB’s I know are probably not under consideration in round 1.

Hey Mike: Defensive end and cornerback. I think the Browns will have a handful of players from those positions – four or five – that they will draw from at No. 26.

Hey Tony: Do you think Mitchell Schwartz is on a short list here in Cleveland? He would add some veteran depth to the offensive line.

Hey Sam: I don’t think Schwartz is ready for life as a “veteran backup.” If healthy, he’s still one of the best right tackles in the NFL. For that reason, I wouldn’t imagine he’d be on the Browns’ radar.

Hey Tony: What percentage would you put on the Browns trading up or trading back for a player or two? I just don’t see them using all their picks! What’s your thoughts? Love your work by the way!

Hey Thomas: I could see the Browns moving up three or four spots for a defensive end or cornerback they really want. I could see them trading back into the second round. They have nine picks overall. I could see them rolling a couple into next season. Say, give up a third-round pick this year for a second-rounder next year. They have options.

Hey Tony: With the free agency done and cap space left, what will be the priorities next year on deciding some of the players they have to resign, especially Baker, Ward, and Nick Chubb? And what players do you think are a priority.

Hey Robert: I would prioritize contract extensions 1. Mayfield, 2. Chubb, 3. Ward, 4. Wyatt Teller. I think it’s important to have the biggest contract done first because it lays the blueprint for how much is left for the other ones.

Hey Tony: Seeing you've been covering them since '84, how do you believe the current Browns stack up against the teams from '86 + '87? I was 15 at the time, and haven't seen the Brownies perform at the same level since. However, I believe the '21 team can come close.

Hey Paul: The ’86 and ’87 Browns teams were the best in the AFC. They just couldn’t get past John Elway. The current Browns team will enter the 2021 season probably fairly ranked behind Kansas City, Buffalo and Baltimore in the AFC. Ultimately, this Browns team has to be able to outscore Patrick Mahomes, Josh Allen and Lamar Jackson to get to the Super Bowl. We’ll all enjoy the ride.

Hey Mike: The NFL is an owner’s league, so Haslam goes first. After him, it’s Stefanski, Berry, Mayfield and Garrett.

Hey Tony: Are the browns trying to restructure [Case] Keenum? Seven mil for a backup that will never touch field is painful.

Hey RC: Mayfield’s durability in three seasons has been perhaps the most overlooked of his qualities. He has spoiled everyone into thinking he’ll never miss a game. Maybe he won’t. But if he does in a season in which every game will affect playoff seeding, Keenum is being paid highly to win in his place. Of his $6 million salary in 2021, $4.5 million of guarantees already have kicked in. His $5.5 million salary in 2022 is not guaranteed.

Hey Tony: Do you think the Browns might cut Jarvis Landry because of his cap number?