#Heytony: What’S Not To Like About A 17-Game Nfl Schedule? 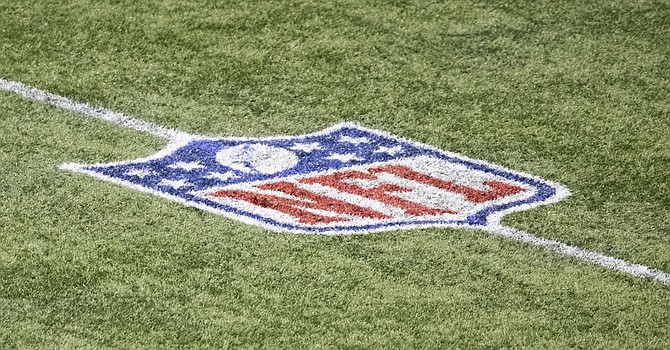 League owners approved expanding the season schedule to 17 games. The Browns' added game will be a home game against Arizona. (NFL.com)

Hey Tony: What are your thoughts on fans, and players actually not liking the new 17 game schedule?

Hey Dave: Players approved it by a slim majority. As a result, they get more revenue, restrictions on work rules, one less preseason game, a more relaxed drug policy, and some loosening on player discipline and fines. Surely, player safety was not a factor because an extra game increases the likelihood of more injuries. My opinion is fans will learn to accept, and then approve of, a 17th game. It’s another Sunday of viewing, another opportunity to wager, another game to plug into fantasy game-playing. It also gives their favorite team a better mathematical chance of making the playoffs. What’s not to like?

Hey Tony: If the Browns were still not good, would Hue [Jackson] be writing a book (allegedly) and trashing them, or is this a byproduct of the Browns success where he is trying to capitalize?

Hey Jerry: I think Jackson’s book may be a therapeutic exercise to “set the record straight” – at least the record as he views it. In truth, it would be more relevant if the Browns were still floundering. Now it comes off as sour grapes. Still, I will read every word.

Hey Tony: Do the Browns take pick at #26 or move out of slot? Are Browns going to target a particular defensive position player first with that pick -- DE, LB or corner?

Hey Tony: If the Browns decide to move up, who is the best fit to give the Browns the best chance to get to the Super Bowl?

Hey Marc: I wouldn’t think the Browns’ Super Bowl hopes hinge on the selection of their first-round pick. Quite possibly the player chosen at No. 26 will have an impact, but I question if he would be a difference-maker as a rookie. Having said that, moving up for Miami defensive end Jaelen Phillips or South Carolina cornerback Jaycee Horn would be a move to maximize their draft position.

Hey Tony: Given nine picks in this draft, will Browns trade up for an edge rusher & future picks since they have no room for that many rookies?

Hey Greg: The Browns currently have 72 players under contract. I’m not sure what the training camp limit will be this summer. If it’s 90, they would use a combination of picks and undrafted free agents to get there. There aren’t a lot of front-line spots available. For that reason, I could see them contracting their picks with trades, either to move up or to roll picks into 2022.

Hey Tony: Do you think if both sides stay relatively healthy that the defense and offense can be ranked top 10 by the end of next season?

Hey Jacob: The Browns finished the 2020 regular season ranked 16th in offense and, surprisingly, 17th in defense. So, either side is capable of climbing into the top 10. My guess is the offense, which is totally intact from a year ago, would be more likely to make that jump because of natural progression in the second season of Kevin Stefanski’s offense. The defense will have many new pieces – possibly as many as six new starters. That could temper the growth in coordinator Joe Woods’ second season. Although upgrades in six positions would seem to offer the potential for quantum improvement.

Hey Tony: Do the Browns get another starting cornerback in free agency?

Hey Jo: If so, I nominate Casey Hayward, Richard Sherman or Stephon Gilmore (trade). Any one would have a huge impact, in my opinion.

Hey Tony: What was your favorite Browns draft?

Hey Don: Lordy, there’ve been so many, how do I choose? (Laughing.) I actually thought at the time the 2007 draft (Joe Thomas, Brady Quinn) was going to turn things around. The Browns did go 10-6 that year, but it was a fluke.

Hey Tony: Any news on [Jadeveon] Clowney? Are the Browns still interested?

Hey Tony: What do you expect from Takk [McKinley] this year?

Hey Chris: I liked what I heard on his Zoom call. He sounded like a mature adult, which hasn’t been the case with him in the past – by his own admission. You have to trust Andrew Berry’s judgment on McKinley. He has liked his talent for a long time. If Berry is right, McKinley will make a big impact as the complement to Myles Garrett.

Hey Tony: [Stephen] Carlson caught the game winning pass against the Steelers two years ago. Made some big special teams plays over the last two years. Why don’t we see him on offense more, especially last year with the injuries? Obviously we resigned him but curious we don’t use his hands more.

Hey Jonathan: Two words: David. Njoku. He’s supremely more athletically talented and most personnel departments, Browns included, are enamored with athletic talent. Carlson is limited as an athlete, but his hands are much more dependable than Njoku’s. I think Carlson would be a capable third tight end, but not nearly as potentially spectacular as Njoku.

Hey Tony: How many TDs does Baker [Mayfield] need to have this year to attain "elite" status?

Hey Tony: What is the status of Jordan Elliott? Will he be expected to be a part of the defensive rotation next season?

Hey Ganesh: Yes, of course. They’re expecting a jump in his second season.

Hey Tony: If the Browns win a Super Bowl in your lifetime what will you do? Surely you must have some plans?

Hey Tim: Well, right after triple bypass surgery … I will open my favorite Cab, light up a Monte Cristo, and then hit the links.