Another Reminder That Browns Qb Doldrums Are Over 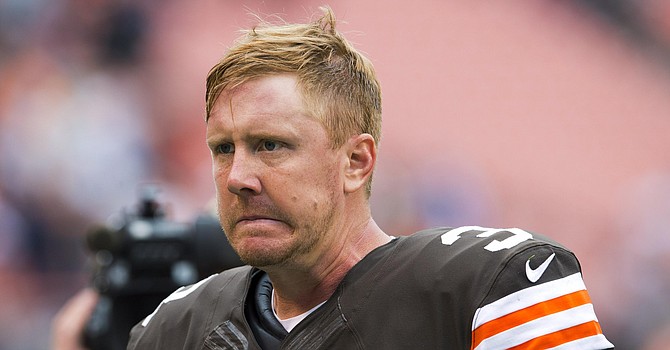 Brandon Weeden and Johnny Manziel are among 22 quarterbacks drafted in the first round between 2009 and 2016 no longer with their original teams. (Bleacher Report)

Takeaways from NFL news and notes …

The trades of Jared Goff and Carson Wentz finalized a statistic that has made the Internet rounds. Between 2009 and 2016, 22 quarterbacks were taken in the first round of the NFL draft and now none is with his original team.

This mind-numbing statistic is another reminder of the progress the Browns have made as an organization and at the quarterback position.

Two of the quarterbacks on this ignominious list are Browns – Brandon Weeden and Johnny Manziel.

Here is the complete list by year and what became of the quarterbacks.

As J.J. Watt ponders his next team – or, more accurately, waits for offers in free agency – the question of how much gas is left in his tank will continue to be debated.

Tuesday begins the period in which teams can designate one player with the franchise tag and one with the transition tag. It runs through March 9.

The tags severely restrict an unsigned player from changing teams in free agency.

The franchise tag has two forms – exclusive and non-exclusive.

The exclusive tag is a one-year tender which guarantees the player the average of the top five salaries at his position over the last five years, or 120 percent of his current salary, whichever is greater. Players with the exclusive tag cannot negotiate with other teams.

The non-exclusive tag allows the player to negotiate with other teams, but the current team has the right to match. If it doesn’t, the old team receives two first-round draft picks in compensation.

The value of the transition tag is the average of the top 10 salaries at the player’s position. The old team can match, but there is no compensation if it doesn’t.

In the expansion era, the Browns have used the franchise tag only on kicker Phil Dawson in 2012 and 2013.

The Browns used the transition tag on center Alex Mack in 2014. The Jaguars signed Mack to a five-year deal for $42 million. The Browns matched the deal and kept Mack. But the offer sheet included language that allowed Mack to void his contract after two seasons and become a free agent, which he did in 2016. He then signed with the Falcons.

The Browns have 18 players with expired contracts who are unrestricted free agents. None is expected to be tagged.