Gm Andrew Berry: Baker Mayfield ‘Is Healthy Enough To Win Games For Us’ 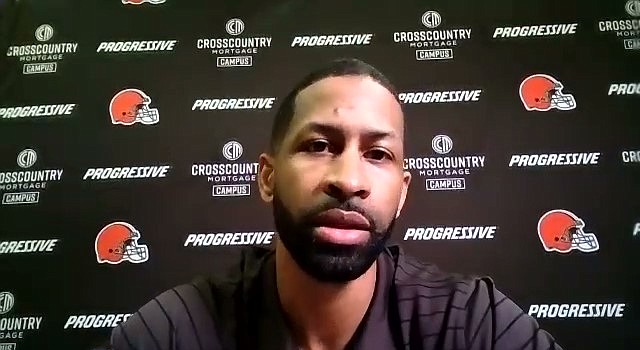 GM Andrew Berry: Baker Mayfield ‘is healthy enough to win games for us’

A lot of people have given Baker Mayfield the benefit of the doubt that multiple injuries are the main reason for regression in his play in the second year of the Kevin Stefanski offense.

General Manager Andrew Berry doesn’t appear to be in that group.

Mayfield’s playing with injuries has coincided with the team’s – and the offense’s – tailspin.

Mayfield missed the first game of his career because of injury Oct. 21 against Denver. Since then, Mayfield has suffered the worst five-game stretch of his Browns career. He has completed 78 of 139 (56.1 percent) for 939 yards, 5 touchdowns and 3 interceptions, with a passer rating of 79.99. The Browns went 2-3 and scored 13 or fewer points in four of the games.

Berry and Stefanski have resolutely declined to consider replacing Mayfield with backup Case Keenum, who quarterbacked the 17-14 win over Denver.

“Baker is our quarterback,” Berry said. “He is healthy enough to win games for us. He has won games for us in the past couple of weeks. If he is ready to go, he is going to be our starter.”

It doesn’t take a Harvard education for Berry, or anyone, to pinpoint the source of the Browns’ offensive struggles this season.

“Quite honestly, with the offense, we have just not been consistent enough in the passing game,” he said.

Berry was quick to not blame Mayfield for everything gone wrong.

“I want to be clear here, that is not necessarily a one-player or a one-person problem,” he said. “The passing game is all about coordination realistically.”

Berry traced the problems from play-calls, pass protection, receivers running routes correctly and winning their matchups, and to the quarterback putting the ball in the right places.

“Quite frankly, there have been different pieces within the passing offense that maybe have functioned at a very efficient and high level at times during the season, and other pieces have not necessarily been there,” he said.

Even before the injuries to Mayfield, the Browns have consistently ranked 25th in the league in passing. The running game has ranked first much of the year and this week dropped to third.

About that, um, contract extension

Predictably, Berry would not give much insight on the state of things regarding a contract extension for Mayfield. Mayfield is under contract through next season at a guaranteed salary of $18.8 million as a result of his fifth-year option.

“I think with Baker, especially from a long-term perspective, you really try and take a big picture approach,” Berry said. “Really with any player, it is about body of work really over several years and also taking into context the environment or particular individual’s situation. We have seen Baker play a lot of good football here. We have seen Baker play good football this season. I know he is excited and we are excited for the opportunity ahead of us. We expect him to play his best football moving forward over the next five weeks.

“There will be plenty of time to think through how we are going to build the roster into next year, but at the end of the day, everybody’s focus and energy within the organization is making sure that we do everything in our power to maximize the current season.”

Berry dismissed the notion that Mayfield was pressing on the field because of no contract offer from the Browns.

“That is not something that I can answer for him,” he said. “He has mentioned probably multiple times throughout the year that his main focus is on football and winning games. There are a lot of players across the league that are in similar boats, whether they are free agents or extension eligible. It comes with the territory in terms of being a professional athlete, but I do know this: Baker is both physically and mentally resilient, and he is hyper-focused. At the end of the day, he is hyper-focused on winning and controlling the offense’s play moving forward. I doubt that is something that is really top of mind with him. That is why players higher representation to take care of the business affairs for them. I think really all of our focus is in terms of winning games down the stretch here.”

Berry was asked how to evaluate a contract extension for Mayfield without overreacting to an obviously bad season.

In Stefanski he trusts

Berry does not believe Stefanski needs to give up play-calling to better oversee the team as a CEO on game days and cut down on sideline substitution errors and pre-snap penalties.

“No, I do not think it is a function of that,” he said. “I think we have seen enough evidence over time that Kevin can manage everything on his plate. I think it really starts with accountability for every man that is on the team. Look, I have a ton of confidence that is something that we will get fixed moving forward.

“I have a ton of confidence in him as a play caller.”